The Real Player Alternative is one of the best players on the market to play real files with. The original Real Player has over the years become a problem with all the addon that they now have with the player. Free does not mean free when you have bloated software.

The Real Alternative Player is still the best and after more than 4 years its become one of the most used players on the internet for watching and listening to RealAudio (.ra .rpm), and also to RealMedia (.rm .ram .rmvb .rpx .smi .smil), RealText (.rt), ReadPix (.rp) and without a dount much faster than Real Player the Real Alternative Player is great at RealMedia embedded in webpages as it loads much faster!

The following are the features of Real Alternative Player listeed here: 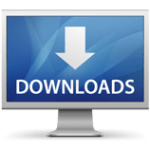