LAME has come a long way and the updated or update of LAME is now available. There has not been much work done on it over the years. LAME was originally developed under the acronym  LAME Ain’t an Mp3 Encoder. It originally started as a mere patch for the dist10 ISO demonstration source. After this it took on a life of its own as it was not able to produce an mp3 stream or even being compiled by itself. That all changed in the year 2000.

LAME is today the source code for a fully LGPL’d MP3 encoder and in quality and speed it is still much better than the commercial versions available on the market. There 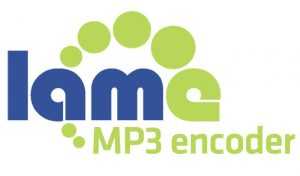 have been a number of updates over the years and the last three updates have been added here. The LAME 3.100 version is the latest and before that it was last updated in 2012. What LAME does is to allow you to rip audio CDs and copy them with a good enough audio quality and a much smaller space is needed for the new audio files. The ripped audio files are compressed with CBR, VBR and ABR. CBR in LAME creates a constant bitrate which means that the quality is even and you can predict the size of the end file. This is going to be important if you want a quality rip of your CD music to something more portable. VBR is also important as it helps to create a very small sized file. The bitrates here do change as the file changes while it is going through it. ABR is a combination of the two.

As you will know that it uses the command line commands. Most people who use Windows do not like this and it tends to be the the Linux users who have grown use to doing things at the command line. Dont worry as there are a number of GUI or Graphic User Interfaces for LAME which is easy to use as much as any other Windows type programs. There are a number of useful features in the LAME program such as: